The Dewey Bridge was consumed by fire on April 8 2008. The GJ Centinel has a slide show.

This single track bridge is both an important and interesting landmark on Highway 128 between Moab and Grand Junction. If you are sight seeing in the area, you should plan taking the time to stop and investigate the bridge.

The Bridge is at a geographically interesting area. It is where the Colorado River breaks through the Navajo Sandstone layer thrust up by the Dome Plateau and the La Sal Mountains. The area has some very intersting Navajo Sandstone Formation and is a fun place for a walk or a bicycle ride.

The white sandstone surrounding the buttes is the famous Navajo Sandstone. The washing away of the Dewey Bridge Formation is important in creating the towers and in exposing the Navajo Sandstone.

The Entrada Formation sits on top of the Navajo Standstone 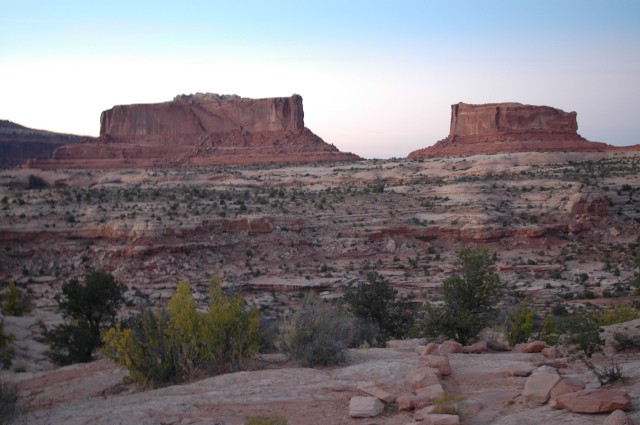